Your immune system is designed to distinguish between what belongs in your body (e.g., I like you, myself) and what doesn’t (e.g., I don’t like you, not myself). For this purpose, it uses specialized cells to carry information around the body about which substances are friends or foe. It does this by tagging these molecules with pieces of protein called antigens. These pieces of information are carried on specialized cells – white blood cells – and displayed to other white blood cells by the process of antigen presentation. Immune cells use this information about which things in your body, good or bad, belong and which don’t as a guide to perform different tasks such as killing invaders. Autoimmune conditions are conditions where the body’s immune system attacks its own tissues (and sometimes organs). Autoimmune conditions are increasing at an alarming rate yet diagnosing them can be tough. This week’s article will discuss the 5 basic components of autoimmune conditions.

Autoimmunity encompasses a diverse range of conditions that occur when something goes wrong with our immune system.  In fact, the immune system is meant to be a smart one. It receives information from our microbiome and has different cells that perform unique tasks – T-helper cells, cytotoxic T-cells, B-cells, etc. – all of which have a very particular purpose in their job description. This makes it tough for autoimmune conditions to sneak by undetected. Autoimmunity arises when something goes wrong in one of these components. When the immune system malfunctions, it starts to attack its own cells, tissues and organs. It can also lead to inflammation which is often autoimmune conditions are associated with excess amounts of systemic inflammation. Such conditions are referred to as autoinflammatory or autoinflammatory disorders.

1. Genetics Our genetic code is made up of 46 chromosomes, including 22 pairs of autosomes (a chromosome that is not a sex chromosome) and one pair of sex chromosomes (X/Y). The sex chromosomes determine whether we develop male or female traits. Each cell in our body has the same DNA; however, different types of cells express different genes. For instance, liver cells only express the genes that play a role in liver function. The genetic code contains both “sensor” and “effector” information. Sensor information is expressed as recognition molecules called receptors and effectors are the responses generated by certain mechanisms when they bind to their receptors. Some of these receptor and effector mechanisms are enzymes and ion channels. Most cells in the body do not express receptors that recognize antigens (proteins that induce an immune response). However, some cells such as B-cells and T-cells — which play a key role in adaptive immunity — express receptors on their surface called immunoglobulins (antibodies). When an antigen binds to the B-cell receptor, the B-cell becomes activated and changes its gene expression to produce plasma cells. These plasma cells secrete antibodies that bind to the antigen. Then, other immune system cells aid in clearing the antigen out of circulation. The presence of these proteins on their cell surfaces is the first step in the immune response, which then triggers an adaptive response.

2. Environmental Triggers: Environmental triggers are stimuli that exist in their environment which cause them to become ill. Environmental triggers are generally defined as non-infectious agents or conditions, although some infections can also be included within this definition. Examples of environmental triggers include chemicals, allergens, medications, ultraviolet radiation, thermal conditions, pollution, etc. Some environmental factors are known to possibly trigger or worsen autoimmune conditions, including celiac disease and Hashimoto’s thyroiditis.[i] For example, gluten consumption has been identified as a possible triggering factor for autoimmune diseases, especially celiac disease. Some data even suggests that there is a higher prevalence of autoimmune conditions among those living in geographic regions where gluten consumption is more common. This means that people who live in areas with a high percentage of people who eat foods containing gluten (such as wheat or other grain products) may have an increased risk of developing an autoimmune condition, including celiac disease.

3.Loss of Gut-Barrier Function[ii]: Our gut-barrier function is a complex process that prevents unwanted substances from reaching our blood, lymphatic system and other areas of the body. Our body doesn’t want us to get sick, so there are mechanisms in place that work together to create this barrier. It has been suggested that the gut-barrier may be breached or damaged by environmental triggers, food ingredients or medications. This allows substances from the lumen of the intestine to enter our internal environment and trigger an autoimmune response. It is believed that the innate immune response in autoimmune conditions is created when our gut-barrier function is compromised and foreign antigens (antigens are fragments of proteins that induce an immune reaction) enter into systemic circulation. Inflammatory bowel disease (IBD) is a condition where there is a breakdown in gut-barrier function which results in an uncontrolled inflammatory response. The breakdown of the gut barrier may be due to genetic factors, environmental triggers or loss of mucosal integrity. Loss of gut-barrier function is common in autoimmune conditions, especially celiac disease and psoriasis.

4. An Unruly Immune System: The immune system has two main divisions that are responsible for protecting us from foreign invaders:   innate immunity and adaptive immunity. Innate immunity is our first line of defense against foreign invaders.[iii] It is non-specific and protects us by using physical, chemical and cellular barriers. The innate immune system reacts immediately to stop infection. This response takes place in all individuals, regardless of what organism or antigen has caused the stimulation. Innate Immunity usually stops an invasion within minutes to hours. Examples of this include fever, inflammation and the production of mucus. The second line of defense is our more specific adaptive immunity. In contrast to innate immunity, it takes days to weeks to fully activate. It works by creating a memory of the foreign invader and being able to recognize it if it were encountered again in the future. Adaptive Immunity, also known as T-cell mediated immunity, creates specific responses to antigens (the specific substance that causes the immune system to respond). Antigens can be proteins, such as those found on bacteria or viruses. They may also be tumor-associated proteins and transplant tissue antigens.

5. Imbalanced Microbiome: The human microbiome is a complex, vast and dynamic ecosystem of microbial and human cells that live in and on our bodies. We have an estimated 2-4 pounds of microbes living inside us, which is about the weight of a bowling ball. These microbes are made up of approximately 1000 different species from more than 39 major phyla. Our microbiota (the bacteria, viruses and fungi that live in or on our body) contains at least 160 times more bacterial cells than human cells. These microbial communities vary greatly and can be affected by many factors such as diet, genetics and environmental exposures. Bacteria within the microbiome produce enzymes and other chemicals which help to maintain health. The majority of these organisms exist in the gastrointestinal tract, where they synthesize vitamins, process carbohydrates and fats and degrade toxins and drugs. When our microbiome is imbalanced, this is called dysbiosis. Dysbiosis is when there is an abnormal composition of the microorganisms that comprise our microbiome. The microbiome can be disrupted by changes in diet, use of antibiotics and aging, among other things. It’s been estimated that over 50% of people with autoimmune conditions have alterations in their gut flora when compared to healthy individuals. Although researchers are still determining what a healthy microbiome looks like, it has been shown that the gut microbiota in patients with autoimmune disease is different from those who typically lack inflammation.

We are seeing more a paradigm shift in healthcare.  At IfHO, we partner with you to become your health intelligence partner with the goal of optimizing your health. We accomplish this with our signature precision medicine approach. This may include functional, traditional, and/or naturopathic medicine. Our providers use a combination of therapies that are tailored to your specific needs with a health optimization goal. We believe that our Medical Team should make use of the latest scientific research to offer our patients personalized medicine, based on real data. We call this precision health and it is the future of healthcare.

Our focus is not only looking at the root cause, but also to measure, quantify and optimize the patient’s personal health. We take a preventative approach, personalized, and precise approach in helping our patients control their risk factors early on in order to avoid chronic illness down the road. Our team of medical providers use a comprehensive approach with every patient that comes into our office, looking at all aspects of health including lifestyle, environment and genetics. There is no generic one size fit all protocols. No two patients receive the same treatment plan since we work with each individual to create a personalized plan. We empower our patients with the right tools and information, so they can take control of their own health. This is the future of longevity! 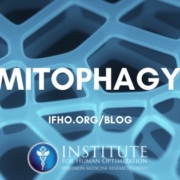 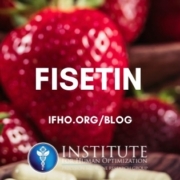 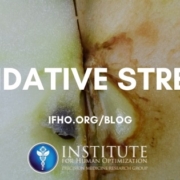 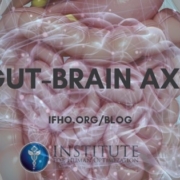 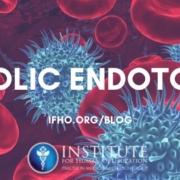 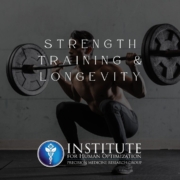 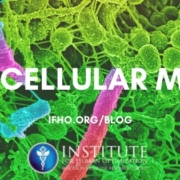 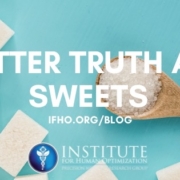 The Bitter Truth About Sweets
1 reply

Circadian Rhythm: How This Pattern Can Impact Your Health 
Scroll to top